Plumber near me for an apartment block

Home/Blog/Plumber near me for an apartment block
Previous Next

Plumber near me for an apartment block

If you are considering purchasing an apartment in a large block of flats, and considering the amount of upkeep your flat will require, you may be wondering “Where is the closest plumber near me?” If you are not, you probably should be. Apartment buildings are notorious for plumbing issues and maintenance on units is few and far between. In just a few minutes of reading, find out which common plumbing issues occur frequently in apartment buildings and prepare yourself accordingly. 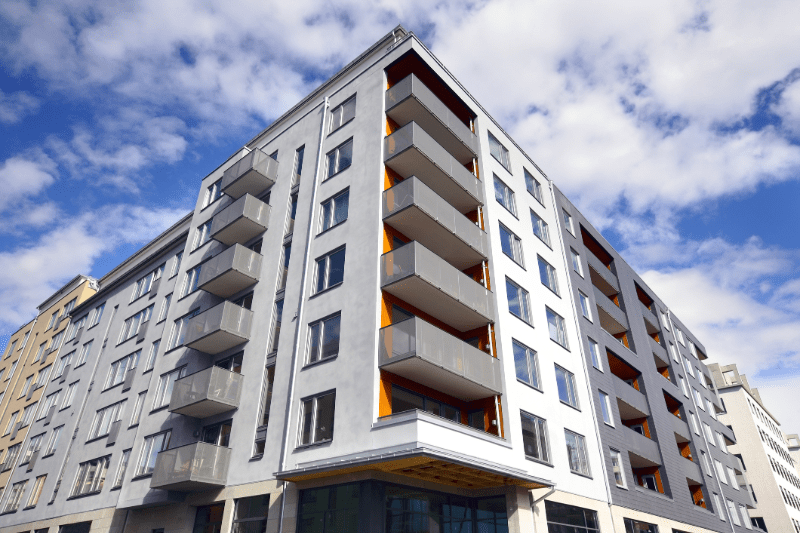 Plumber near me for running or leaking toilets

To the horror of many new apartment block residents, toilets that have served for many years are often prone to leaking or running. Not only does this waste a huge amount of water, but the noise can drive almost anyone to the brink of madness. Sometimes, you may not even notice that your toilet has these issues, as once the towel bowl is filled, water may be released down the drain without your knowledge, and could contribute to a hefty water bill for your unit. For this reason, you may want to consider asking Google for the closest “plumber near me,” and have your toilet checked upon moving in so as to avoid issues in the near future.

Plumber near me to fix leaks in water lines

In general, plumbing lines are designed to last around 40 – 60 years. Some apartment blocks may look new on the exterior, but the interior is a different story. We might not find this out until we have already moved in and begin experiencing some troubling plumbing issues. Most commercial homing buildings have been designed specifically to hide pipes in the walls so leaks can go mostly unnoticed until it is too late.

If the pipes in your building are relatively old and are made of galvanised steel, brass and copper pipes as well as fittings, you are at increased risk of experiencing pinhole leaks. This occurs due to corrosion inside the pipe, which eventually results in a leak. You might only notice this is an issue in your apartment when water spots on walls, floors and the ceiling start showing up.

One of the worst parts of this scenario is that oftentimes it is not even your apartment that has a leakage, it could be any above, below or beside you. If you face an issue like pinhole leaks, or suspect you might due to an increase in your water bill, you should ask yourself where the closest plumber near me is to resolve the problem as soon as possible.

Plumber near me to sort out low water pressure

One curse many new apartment dwellers face is that of low water pressure. In the excitement of checking out an apartment in a stylish building, we often forget to check the taps, showers and toilets have adequate water pressure. It is not until we have paid and moved in that we make the horrifying discovery. While some building managers may be attentive to your concerns, others are likely to tell you to take a hike and sort out the problem on your own – at your own cost too. 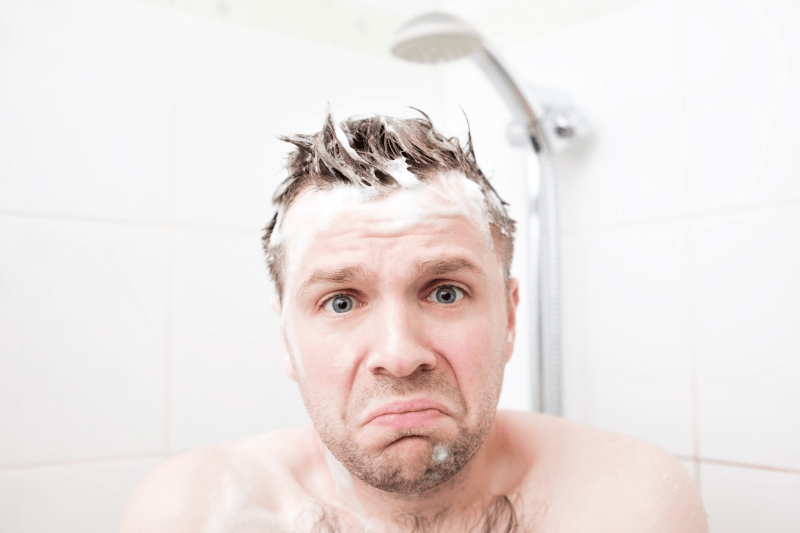 There are many causes that contribute to low water pressure. Usually, the issue can be attributed to leaks in the pipe and plumbing system. When a leak arises, water begins to leave the system and subsequently this decreases the water pressure. Sometimes when this occurs, apartments closer to the water supply in in the building will not notice any changes while those further down in line could experience troubling symptoms. In this case it may be difficult to get a building manager, or other tenants, on your side if they are in the clear and closer to the supply with a sort of “not my problem” attitude.

Very tall apartment buildings are prone to experiencing water pressure troubles on the upper storeys. This makes sense when one thinks about how the water must defy gravity while it climbs the pipes (in the case of the water supply coming from lower levels instead of on the roof, for example.) Convincing your neighbours to rally together and invest in a plumber may be the only feasible way to sort the problem out, if DIY methods do not work. Plumbers are adept at diagnosing water pressure issues, and so if possible, enlist their help at your earliest convenience.

Fixing of tap leaks by a plumber near me

Over the years, taps, or faucets, begin to wear out and start misbehaving with the dreaded “drip”. Usually, this is a result of the rubber insert wearing out do to a build-up in calcium and even rot. Shockingly, a tap dripping just once a minute can cause the waste of around 128 000 litres a year! The fact that this issue presents itself in an obvious way means that it is easier to catch than most plumbing problems and as a result, searching for a plumber near me can have the concern sorted in no time. 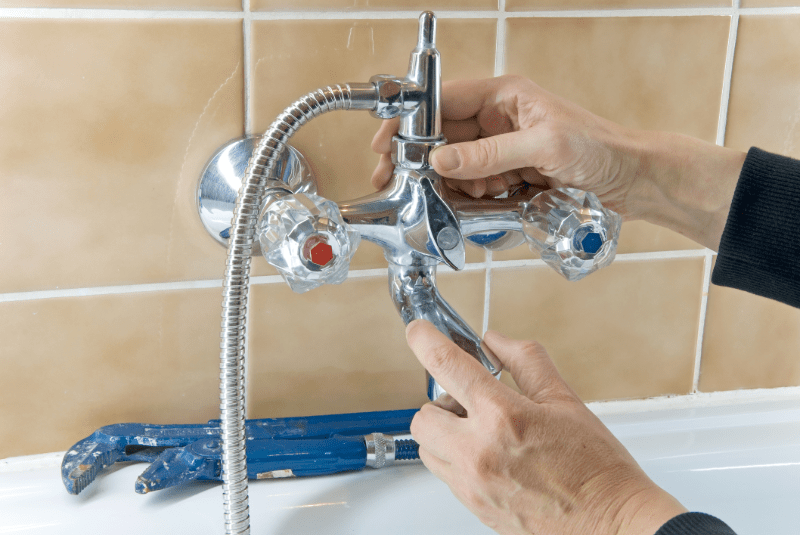 Resolving water temperature problems with a plumber near me

Time wears down most things – including your geyser. Whether this may result in failure of the temperature metre, sediment causing issues within the geyser or simply the decay of the heating elements – water temperature problems in your apartment block are a huge inconvenience, especially during the winter. This issue may present itself in four ways:

If you are lucky and share a geyser with several other apartments, the building manager should step in and sort out the issue themselves. If you have your own hot water system, start googling “plumber near me” because it is unlikely you will be receiving any other help. If you are fortunate, your plumber will tell you that certain parts of the system need to be replaced, instead of the entire system, which could cost a small fortune.

Assistance with frequently clogged drains by a plumber near me

One disturbing part of moving into an apartment is the knowledge that usually countless people have lived in it before you. Countless people have used the sinks, baths and showers and parts of them may remain there still… like hair – and a lot of it. There are few more troubling experiences than moving in and finding that your shower or sink floods within moments due to a build-up of something unimaginably disgusting, and it is now your responsibility to fix it. Sometimes, the problem can be solved with drain cleaners, other times, not so. 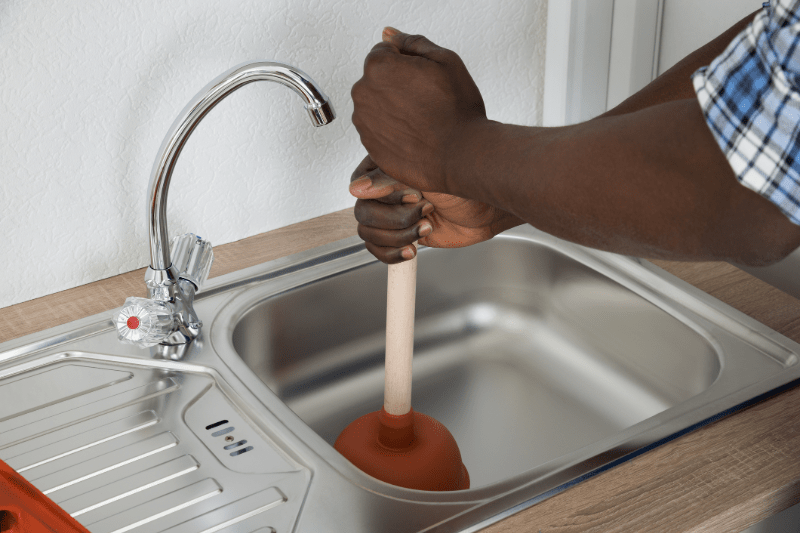 If you have the stomach for it, DIY guides online will tell you how to remove grates and drain lids and manually scrape and pull out the gunk that has collected over the years. Many of us do not, which is where your trusted plumber comes in to save the day. Try to stay out of the general vicinity when they do, unless you wish to catch a glimpse of what exactly has been causing you such trouble – a sight you may never be able to get out of your mind. Fortunately, drain cleaning jobs like this are relatively simple and do not cost a huge amount of money.

The real issue comes in when main drain systems and lines within the apartment building become clogged, as it is not such an easy fix. These clogs often occur as a result of improper items being flushed, rinsed or poured into drains and toilets which damage the system down the line. Many residents are unaware of the problems that emptying the following into the system can cause:

These items often get stuck to the walls of pipes, which then create a blockage of more garbage until the point where a partial or full clogging of the drain occurs. This is usually a concern for the entire apartment block and will likely be handled by building managers, but this does not mean that you will not be severely inconvenienced by it. A big fix could take plumbers some time. If you are feeling particularly proactive, consider asking your building managers to create some flyers or infographics to put in communal areas like stairwells and lifts that warn against the flushing and rinsing of harmful items.

During periods of heavy rainfall, parking lot drains at large apartment blocks often become backed-up, resulting in the spilling over of water across the parking area, which can lead to slipping and accidents. The clogging may be a result of rubbish, leaves and twigs becoming lodged in the drains and limiting function. Contacting a plumber in this case should be up to the building management, and it is a sign that they need to focus their efforts on general upkeep and the regular clearing out of drains so as to avoid similar situations in the future.

Keep costs low when hiring a plumber near me

Depending on the plumbing issue in your apartment, costs of plumbing services will vary. In the best case scenario, your building management will take responsibility for the payment of problems that you could not have helped or foreseen. Before you jump the gun and hire the first plumbing team you can find, make sure that your building is not already allied with a specific plumbing company, as oftentimes management have contacts who come in to service multiple apartments at once who are all facing issues.

This could save you call-out fees as well as extra effort, if your building team is willing to pay for the services. Unfortunately, this is not always the case. If you are forced to cover the plumbing problems that arise in your apartment, even if they are no fault of your own, ensure that you ask your plumber to check all the water facilities in your unit so as to identify other issues all in one. This could save you having to pay more frequent amounts as you notice different problems in the near future.

Another good practice is to opt for a plumbing service that is as close to your location as possible. This may seem obvious, but oftentimes we will leave an issue to the last possible moment, where it becomes an emergency, and then have to contact after hours support from whomever offers it. Sometimes you will only have access to a company that is considerably far from your location, meaning that you will likely be charged a whopping call-out fee, especially if it is late at night. This scenario can usually be avoided if you keep on top of your water issues and remain vigilant to the plumbing facilities in your unit and remember to always act as soon as possible.

By Samantha|Aug 18th, 2021|Categories: Blog|Comments Off on Plumber near me for an apartment block