The maintenance and upkeep of your home cannot be done without paying attention to the plumbing, and you may need to call on a plumber Cape Town to handle your plumbing issues. Attempting to solve your plumbing issues by yourself is akin to crediting Wikipedia as a source, and can lead to some serious damage if you’re following the many myths found on the internet. If you’re looking for a plumber Cape Town to bust the most popular plumbing myths that people give into, then keep reading! 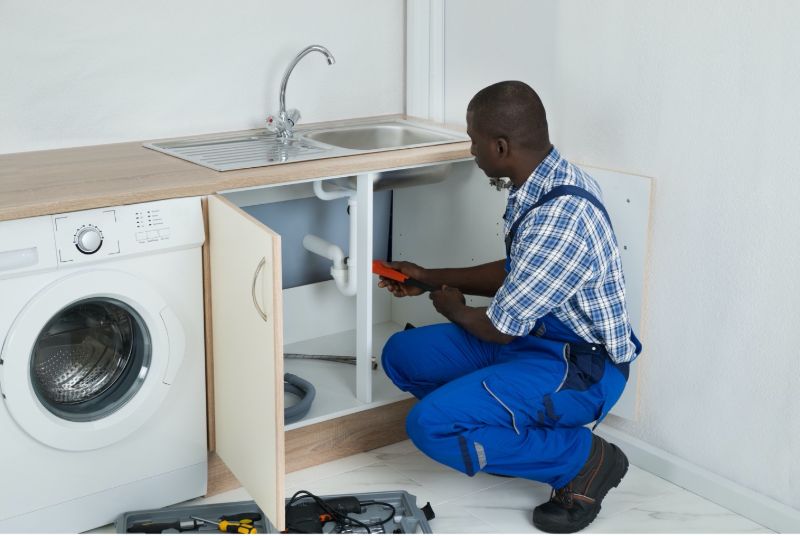 When it comes to plumbing myths and facts many of them involve water heaters, and a common myth in the plumbing realm is that if a water heater is making a loud noise, it means it will soon explode. The noise in question is a rumbling and gurgling sound and depending on the location of the heater, especially the basement, it can have an echoing effect which can sound quite terrifying but is usually harmless. The noise occurs because when the water heater is heating, it causes the water to bubble and gurgle which in turn loosens up any debris or sediment that may have settled on the side or the bottom, and makes a noise hitting against the side. Although in most instances this is harmless, it is still advised to call a plumber Cape Town to come and flush out your geyser on an annual basis.

Bricks in the back:

Although we’re not quite sure where this interesting myth originated from, we can confirm that it is indeed a myth that putting a brick in your toilet, in the back, will assist in saving money. The idea here is that the brick will take up volume within the bowl, which will therefore need less water to fill up, and save money, but it can actually end up costing you money. Adding a brick to the back of the toilet will likely break the flapper which will result in using more water, and you will end up having to contact a Plumber Cape Town. 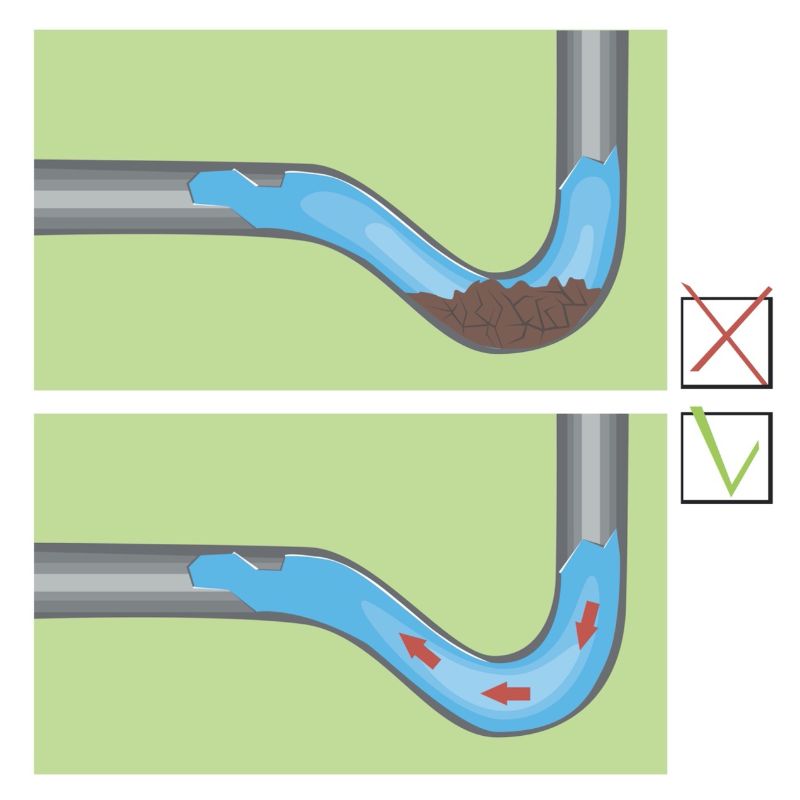 This is arguably one of the biggest and widely followed plumbing myths that can cause so much damage to your own plumbing system, the community’s sewer system, and even the ocean. Somewhere along the line someone believed, and spread, that it is okay to flush other things down the toilet too, such as napkins, sanitary items, nappies and wet wipes. This has even led to many brands marketing some of their products as “flushable”, meaning safe to flush down the toilet.

The reality is that these products contain both fibres and chemicals that are not able to be degraded by a regular toilet, and cause blockages. They can also end up in the ocean which contributes to pollution and can be harmful for ocean life, and can also cause severe damage to plumbing systems that make use of a septic tank. It is always advised to dispose of any of these products in a rubbish bin, unless you want to be making a panicked call to a plumber Cape Town.

The topic of bleach and its safety as a household product and cleaner has been hotly contested. Although there are instances where bleach can be harmful, for the most part it is an effective cleaning method, but certainly not in tablet form. Tablets containing bleach have been marketed for toilet cleaning and claim that you can simply drop the tab in the bowl and let it sit. The reality is that sitting bleach, any longer than 8 minutes, can cause irreparable harm to the inside of the toilet system. When using bleach, you should squirt a thin layer around the inside of the bowl and go in with a toilet scrubber and then flush, cleaning away the bleach and dirt, being sure not to let it sit for too long. 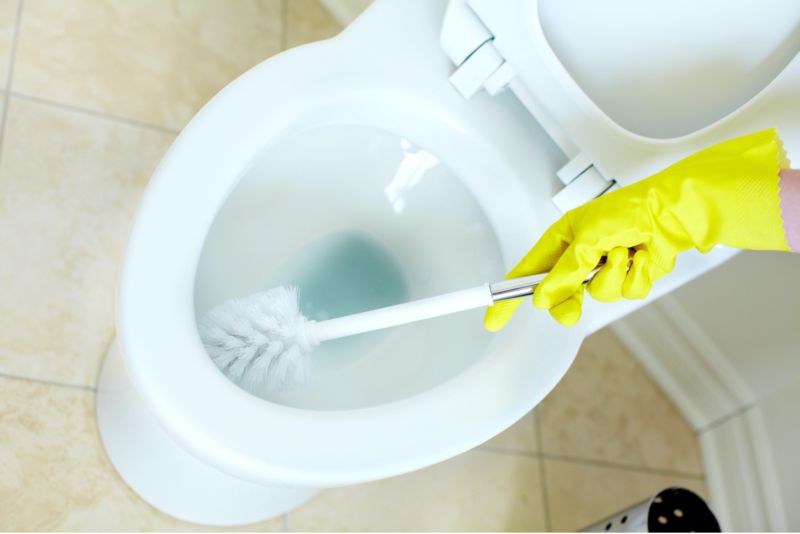 The myth here is that animals CAN’T enter through your toilet systems, because they actually can! Don’t panic though, it is quite uncommon for animas to enter into your system, although there have been instances of rats, snakes and bugs entering through the toilet pipes, this usually only occurs in older or more rural plumbing systems where the toilet pipes have an outside water source/system or are damaged with holes small enough to fit any creatures and critters. Newer plumbing systems, and apartment buildings in the city will have a more modern plumbing system that won’t allow any animals through.

If you’re a parent and your child’s beloved pet goldfish has seemingly passed on, DO NOT flush the little guy down the toilet. Goldfish have a tendency to become stunned when sick, and may not always be dead when they are still. This is a problem because when these goldfish are flushed down the toilet they often survive the journey through the pipes and end up in streams or ponds where they continue to grow. Goldfish are usually recognised as small orange fish, but without the confines of a small fishbowl, can grow over 30cm in length! These hefty fish continue to grow in the foreign body of water and alter that natural ecosystem through their consumption of food, which can cause damage so the surrounding ecosystem.

While this may come as a surprise, the myth here is that it is safe to shower or bath during a thunderstorm, because it is actually quite dangerous. That’s right, your parents and grandparents were correct when they told you stay out of the water during a storm, because the electricity produced from the lightning can travel through the pipes, as most pipes are metal and therefore conductors of electricity, and can transfer through to the water.

It is indeed a myth that a slow leaking tap is not a problem, because it definitely is a problem. If your tap is dripping it will not go away on its own and you may have to call a plumber Cape Town. A leaking faucet can be caused by a number of reasons and can cause a severe hike in your water usage and water bill, and will waste an excessive amount of water each day. If you notice a leak, you should immediately contact a plumber and get it fixed. 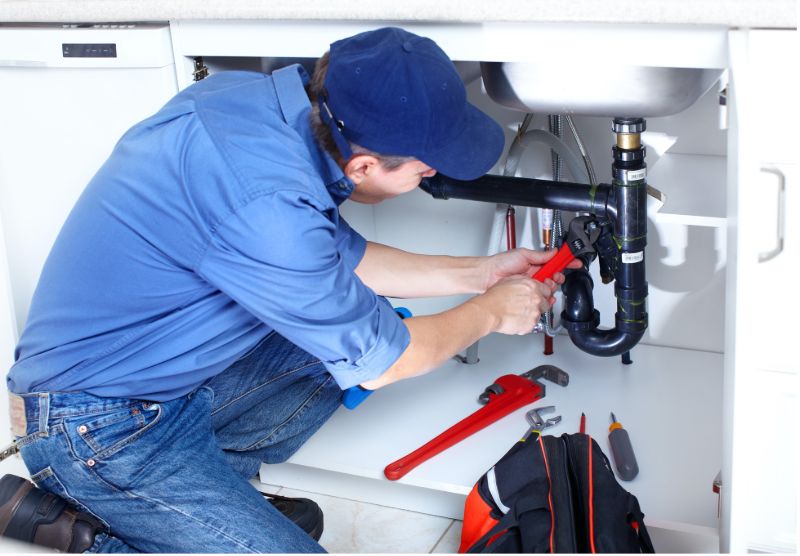 It is a myth that using a plunger to unclog a sink is fine, this is not the case. Plungers down sinks can cause water to back up through other drains in the house if they are connected and it should be avoided, but if you do have to use one then you need to ensure that you are plunging the sink more than once so that the blockage actually clears. Avoid using them though, and rather opt for non-chemical based drain cleaners, such as those containing bicarbonate of soda, this is because chemical drain cleaners are often too harsh for kitchen and bathroom sinks and cause the pipes to erode. 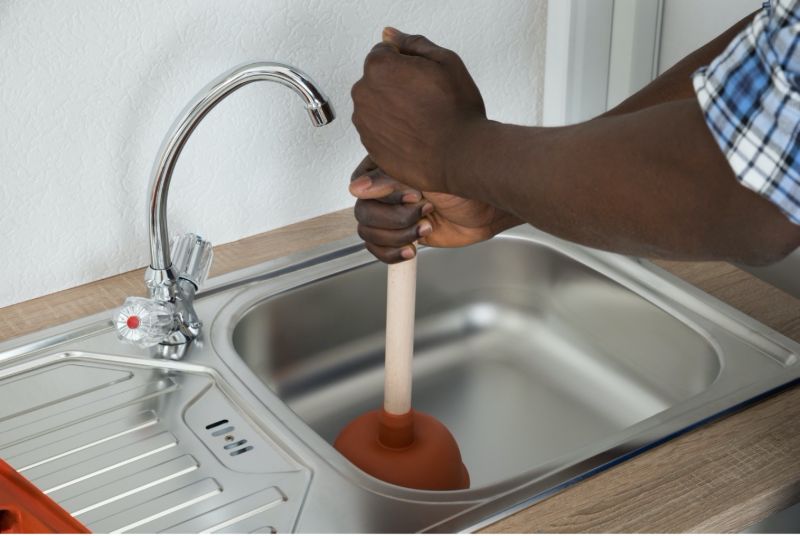 This advice has been widely spread but is actually a myth, putting ice cubes down your garbage disposal frequently will not sharpen or clean the blades. If you are noticing the blades are dulling, and you are continuously adding ice in an attempt to sharpen the blades, you are actually contributing to the problem. It is okay to add ice cubes down the garbage disposal once every 6 months to clean, but no more than that.

Pouring hot grease or oil down the sink is a fast way to need a plumber Cape Town, as this myth can cause serious blockages in your sink. Some people think that if you pour the oil down while it is hot and liquid, and then follow it up with hot water, it’ll just slide down the pipes, but that is not the case. The inside of the drains and pipes are not hot and as the oil goes down it’ll cool and harden and cause chunks that block the drain. Rather, let the oil cool completely and pour it into a grocery packet, tie it and then throw it in the rubbish bin.

It is a common myth that every plumber Cape Town has the same credentials, and that they will all be able to pull off the same job. Plumbing is a complex trade that requires thorough training and certification, and you want to make sure that you are leaving your home or business plumbing in capable hands. Whenever you need to call on a plumber, be sure to check out their credentials and experience and if you can, phone previous clients who can vouch for their experience and professionality.

It is a huge and very odd myth amongst cat or pet owners that one can flush cat litter down the drain or toilet and it’ll be completely fine. Some cat owners may assume that the litter will break up and disintegrate in the water but that is not always the case. The litter may harden at the bottom of the pipes and disrupt water flow as well as cause blockages, and if it is a cat litter that is scented, these chemicals may be harmful for your water system and supply. Rather, dispose of your cat litter in double wrapped garbage bags.