Home/Blog/Plumber Cape Town: The all-inclusive guide of the top 10 plumbing issues
Previous Next

There is absolutely nothing worse than coming home from a long day or work only to find that your house is flooded because of plumbing issues. Many plumbing problems that arise in houses can all be avoided through regular maintenance and through calling a plumber Cape Town when you suspect you have an issue.

The plumbing realm can be confusing though, and you don’t want to end up footing the bill for an extensive repair when it could have been avoided by you knowing a little bit more about plumbing. This guide will give you all you need to know about plumbing and about searching for a plumber Cape Town.

Having plumbing issues in your home or your business can put a real damper on your day and can take away a significant chunk out of your time. Some plumbing issues though, may appear to be something else so it is important that you are aware of what exactly is wrong with your plumbing. Below is a list of the top 10 most common plumbing issues that people experience before they have to hire a plumber Cape Town.

A leaking and dripping tap: You know when it’s late at night, you’re in bed and you’re all cozy and warm, and then you hear the faint dripping of your bathroom tap, frustrating you more and more with each drip? Dripping faucets are one of the most common plumbing issues, but thankfully they can be easily fixed with a plumber Cape Town. Aside from the irritation aspect of dripping taps, your water bill could potentially increase significantly as a single leaking tap can lose hundreds of gallons of water over the course of a year.

In most instances, a leaking faucet is caused by an internal washer that has somehow become dislodged, torn or worn over time. If you have plumbing experience you may be able to solve this issue yourself, but because it requires a specific set of tools, we recommend that you call a plumber Cape Town for some professional assistance. 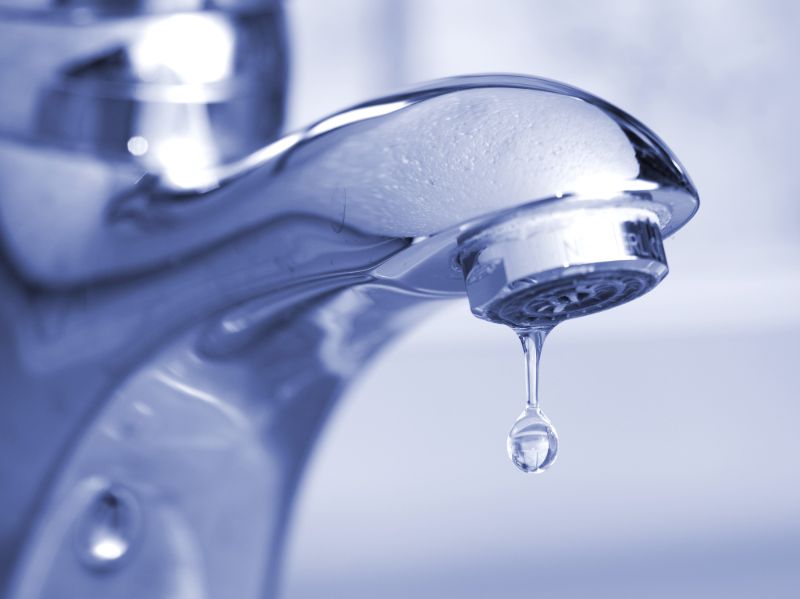 Slow draining sink or shower: It is almost impossible to have a relaxing shower when the water at your feet won’t drain away. This issue is quite common in homes and is often caused by a blockage in the draining system that is preventing the water from freely flowing out. If it is your kitchen sink, this blockage could be caused by things such as fat or food remnants that should not have been thrown down the sink in the first place. You can blame the kids for this one. If the blockage is in your bathroom sink or shower, then it is probably caused by soap build up or a wad of hair, which you can blame the wife for!

There are a few options when it comes to unblocking a clogged drain, including using a plunger, using a chemical, or using a homemade safe mixture. A plunger will work for basic blockages but if the blockage needs a bit of extra help, then you can make a mixture of baking soda and vinegar to pour down the blocked drain. If it is a serious blockage, them chemical drain cleaner may do the job, but it’s very important to follow the specific requirements:

Clogged bath: Clogged baths come with the territory of owning or renting a home and if you have little ones, you’ll know that bath time is not always the most peaceful. Kids are messy and bath time can often lead to clogged bathtubs. These can be cleared similarly to shower or sink drains but make sure that if you are using a plunger, that the bottom suction part of the plunger is properly submerged in bath water (can be shallow) so that the plunger is able to effectively suction.

Clogged toilet: While clogged toilets may seem gross, they are incredibly common and are usually a quick fix. In this instance a plunger should be able to do the trick and if that fails then a drain auger will work. 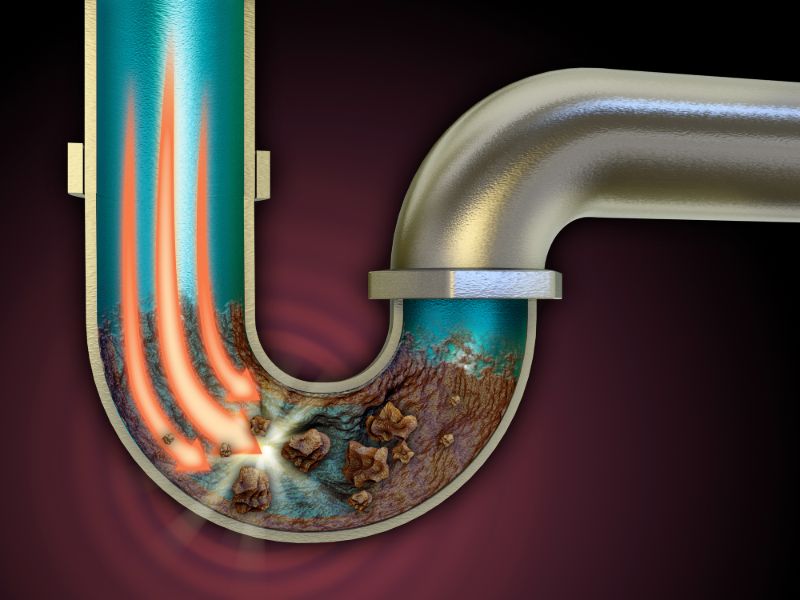 Running toilet: If your bathroom is an en-suit or is close to your bedroom then a running toilet is arguably more annoying than a tap and can cost even more money. A toilet that keeps running can use up to 200 gallons of water PER DAY, and the main cause is a faulty or broken flapper valve. The flapper valve controls the water that goes from the tank to the toilet bowl and can be fixed with a toilet repair kit from a hardware store.

Some toilets, however, could be blocked due to sediment buildup which affects both the filling and the flushing. A pro-tip to check if this is the issue, is to add some food colouring to the water in the upper tank and the see if it makes its way to the water in the bowl, without flushing.

Water heater: Having to wake up early for work is usually acceptable if you have coffee and a hot shower waiting for you. A cold shower, not so much. There are many reasons why a water heater could be faulty; the pilot light may go out, the thermostat may be faulty, or the tank could have a buildup of sediment. For a faulty water heater, you will most likely need to call a plumber Cape Town to maintain and repair your water heater. 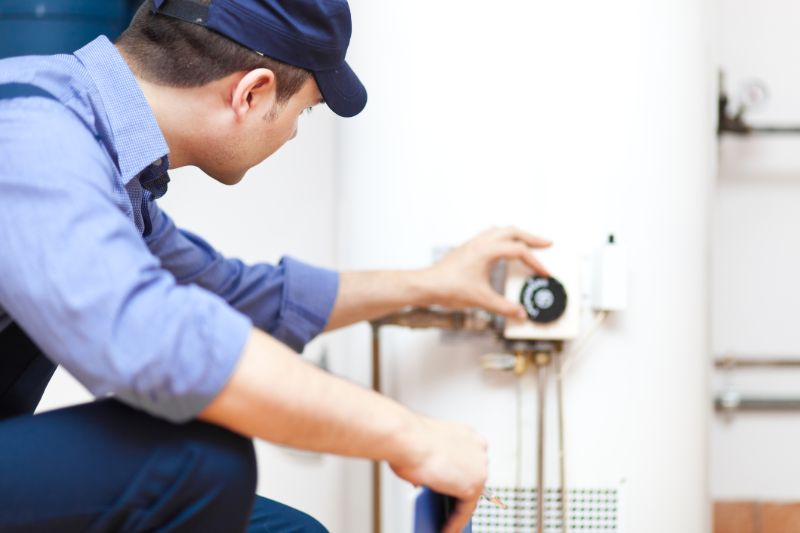 Low water pressure is also caused by sediment that has built up inside of the pipes and on the aerators. You can soak the aerator in vinegar to get rid of any sediment build-up, but if it is build-up in your showerhead then you will need to soak that too or replace it if there is corrosion. Here is how to clean a showerhead with vinegar:

Get a large bowl or Tupperware and soak the showerhead (preferably dismantled) overnight in vinegar. This will dissolve any sediment or grime that you didn’t get with a toothbrush and will also act as a polish as well as disinfectant.

If your garbage disposal is acting up then your first step should be to hit the reset button, but if this doesn’t work then you will need to open the disposal up using the key that arrived with the garbage disposal. Accidents happen and people lose things, so if you can’t find the original key then a ¼ inch allen wrench can be used to pry open the motor.

Plumber Cape Town, Leaking pipes: As we know, leaking pipes can be an irritation and can drastically increase your water bill, but aside from that leaking pipes can result in serious damage to furniture and floors also. If you have wooden flooring, the dripping water could swell the wood and the dampness will attract insects as well as mold.

Most pipes will leak at the pipe joints (where they are connected to the wall or where pipes are connected to each other) and you can quick fix these with insulation tape, silicon filler or compounds. Those, however, are usually only temporary fixes so you will need to eventually replace the fixtures or pipes in the future. Pipes are more likely to leak in winter if it’s cold enough, the water will freeze and expand and will cause the pipes to burst.

There are a few ways to prevent your pipes from bursting in winter, so you won’t have to call a plumber Cape Town. Check the weather in advance and if you know it is going to reach below 0 degrees Celsius then allow water to drip from the tap ever so slightly. Yes, as discussed, dripping taps are bad and are generally a no go, but in this instance the running water will prevent the pipes from freezing. Another trick is to keep your thermostat set at the same temperature during the day and the night, making sure that the water in the pipes never has a moment to drop low enough to freeze over. 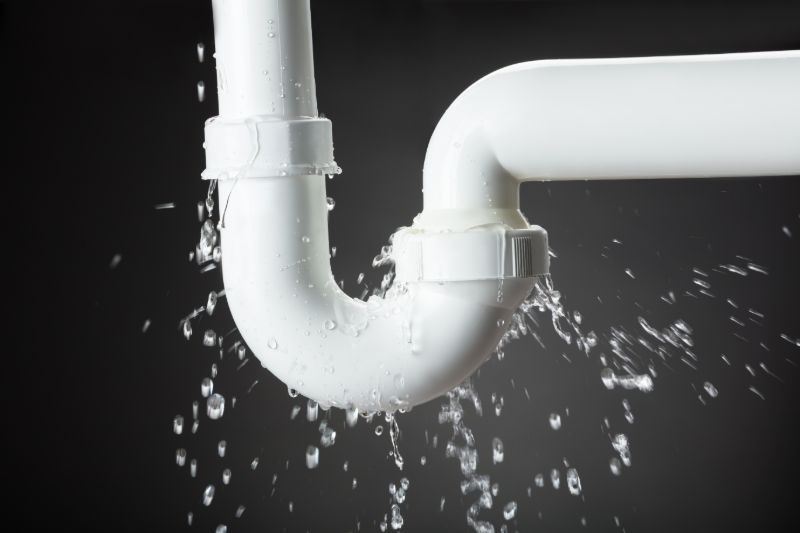 By Samantha|Dec 1st, 2021|Categories: Blog|Comments Off on Plumber Cape Town: The all-inclusive guide of the top 10 plumbing issues