Plumber Cape Town: When Your Toilets and Drains Don’t Work

Home/Blog/Plumber Cape Town: When Your Toilets and Drains Don’t Work
Previous Next

Plumber Cape Town: When Your Toilets and Drains Don’t Work

Plumbing is an essential part of human society, but is something that is very underappreciated and often overlooked. Without the proper sewerage systems and plumbing that people built underground decades ago, society would still be dealing with spreading bacteria and diseases. If these systems were to ever stop working correctly it could lead to horrible smells, expensive damage to underground pipes and people eventually getting sick.

This is why proper maintenance and routine inspection of all plumbing systems by a trained plumber cape town is essential, especially inside your own home. Nothing will bring more fear and dread inside of a bathroom than when you push the handle down but the water just keeps rising and rising. It’s a problem that you never think about until it is actually happening to you and most people will freak out and don’t know how to deal with it.

A less frightening but equally damaging problem is drains in showers or basins not draining correctly and eventually filling up. These problems seem similar but can actually have different causes and will sometimes require different solutions to fix them. This article will give you everything you need to know about preventing these problems in the first place, dealing with them while they are happening and finding a safe and effective solution. 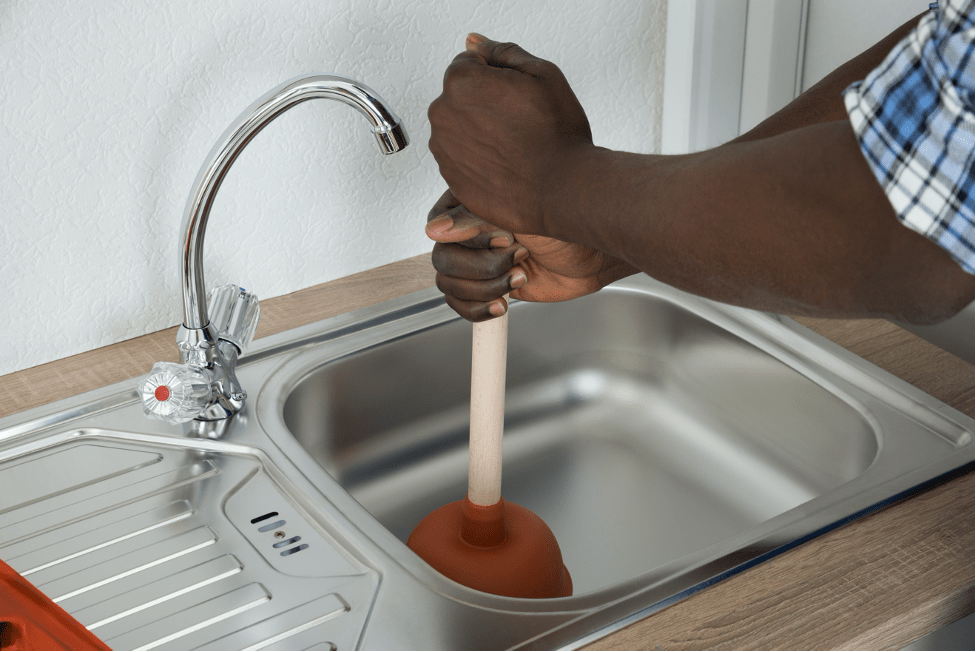 Although they all lead to the same place, problems with your drains can be simple problems with simple solutions whereas problems with your toilet can be complicated or can even be an indicator of a much bigger problem. A drain will naturally build up residue over time in showers, baths and basins that are used regularly for cleaning. Pipes connected to a toilet are no different except that they have smaller pipes before they connect to the main system that the other drains are connected to.

This means that the pipe system within a toilet can become blocked much easier than a normal drain pipe if something too large is placed within it. Toilets also have their own flushing mechanisms that intake water, so they will continue to fill up much quicker than a blocked shower drain and can cause greater damage in a shorter period of time. This also means that a blockage within a toilet can be more difficult to diagnose and deal with as it could be problems with the toilet itself, the drains it is connected to or even a larger problem further on.

Because of this system and the water sitting in it a toilet can also help diagnose the larger problem spoken about, a blockage within the septic tank itself. The septic tank is an underground holding tank where all the waste water in a house drains into and if it becomes blocked and begins to fill up, it will start to seep back into your drains in the form of bad smells and slowly draining water. Your toilet will also flush slowly and show signs of blockage, but a problem with the septic tank will also show in the form of little bubbles coming to the surface of the toilet water as air tries to escape the pipe and the blockage. 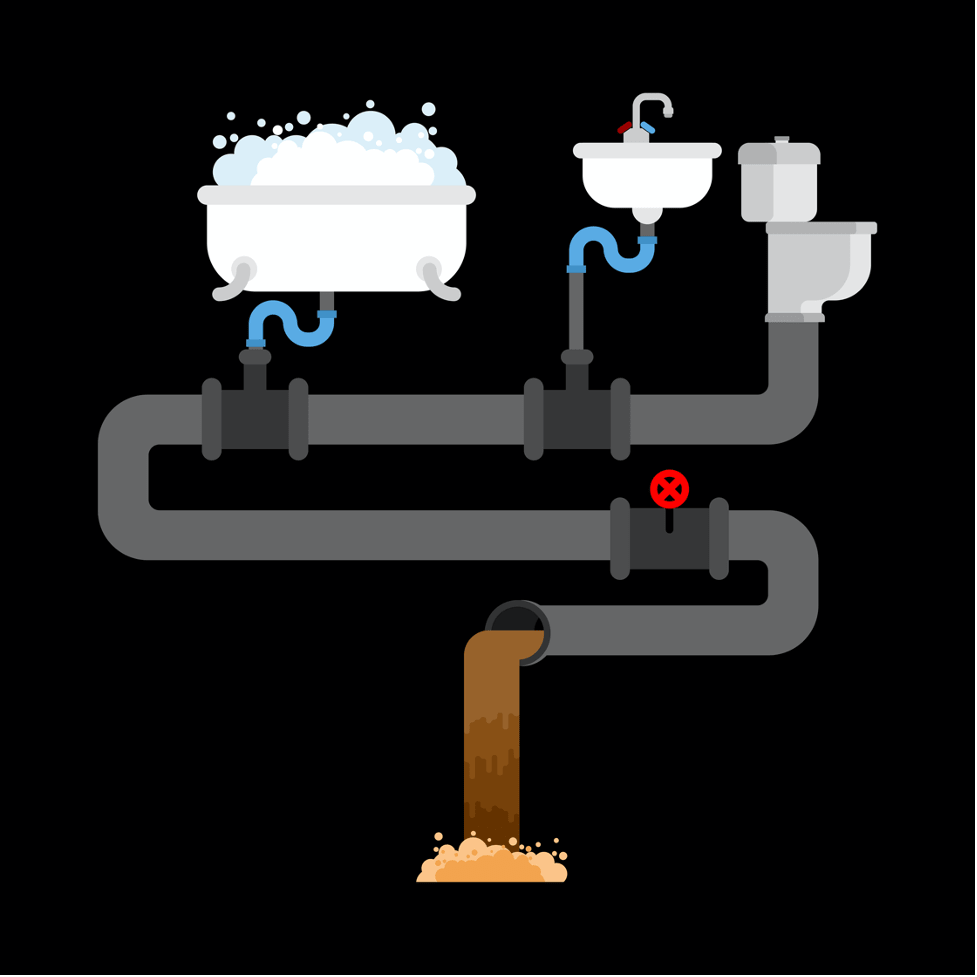 The first thing we need to talk about is when you are in the bathroom, you’ve done something that we all do but don’t want to talk about, you flush the toilet and are ready to go on with your day but then suddenly you notice that the toilet is still flushing and the water is just getting higher and higher. You need to stay calm and act fast to stop this problem from turning into a disaster. The steps are: 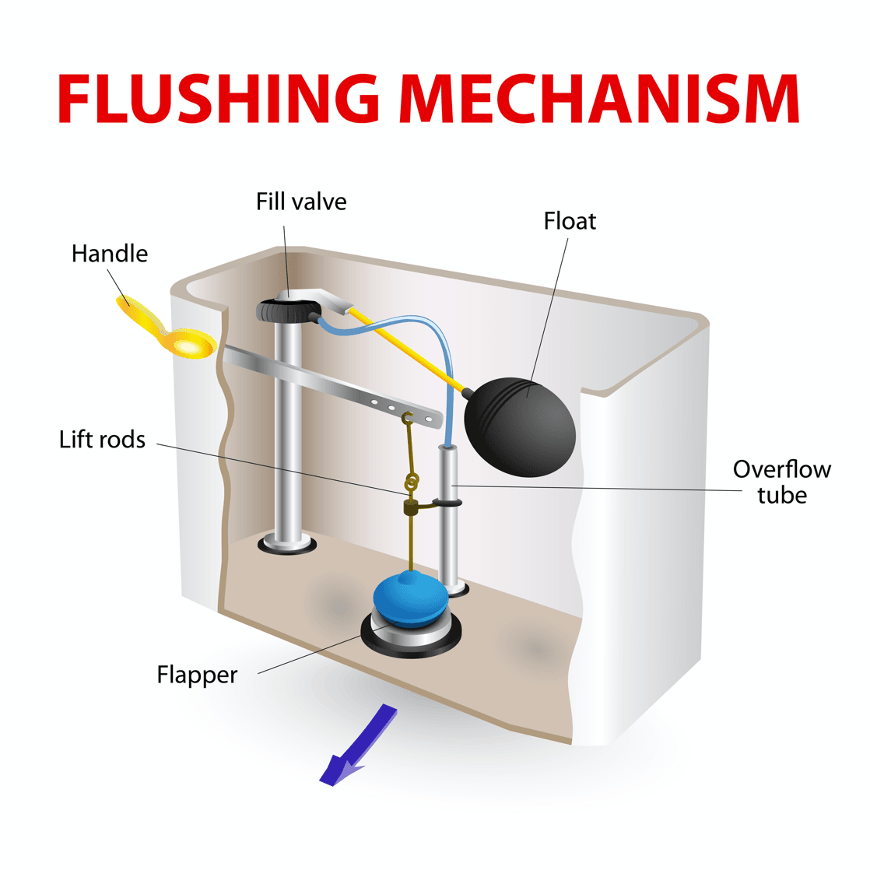 No that you’ve gotten that out of the way, it’s time to deal with the blockage itself. Before you get started it’s a good idea to get any old rags handy in case some spillage occurs so that you can quickly clean it up and prevent any water damage to your floors. The first thing you need to reach for to fix the problem is a plunger.

Every house needs a plunger and any that doesn’t have one will regret it, you should always use a plunger on a blocked toilet or drain pipe before using any chemical cleaners. Plungers are easy to use and will be able to deal with most problems whereas a chemical could cause massive corrosive damage to older pipes, especially with larger blockages that let the chemicals sit in one place for too long.

You first need to place the plunger into the toilet and gently push down and remove all the air to create a good seal, if you push too hard or too hard on the first time you may end up shooting water up into your face. Now that you have a seal you’ll need to slowly move the plunger up and down to move around whatever is in the pipes. You need to be forceful but you also don’t want to pull up too hard and break the seal.

Once you have done this a few times, break the seal and if everything worked correctly the water should now flow down the toilet easily. If not, repeat until the clog is slightly gone and the water has drained from the toilet bowl. Now put the plunger somewhere safe, turn the water back on to your toilet and put the lid back on.

If the water is still flushing slowly and you think the clog may still be a problem, consider using non-toxic remedies before turning to more acidic solutions. After you have used the plunger, pour one cup of baking soda into the bowl and wait a few minutes. Then pour two cups of vinegar in, this will react and cause bubbles to form so pour it in slowly.

Allow the mixture to sit and work for a few minutes before flushing the toilet again. If this still has not fully fixed the issue then it may be time to look into more reactive chemicals or the assistance of a plumber cape town as these chemicals can be dangerous to both you and your home. They will have access to tools such as a plumbing snake that can be used before resorting to harsh chemicals. 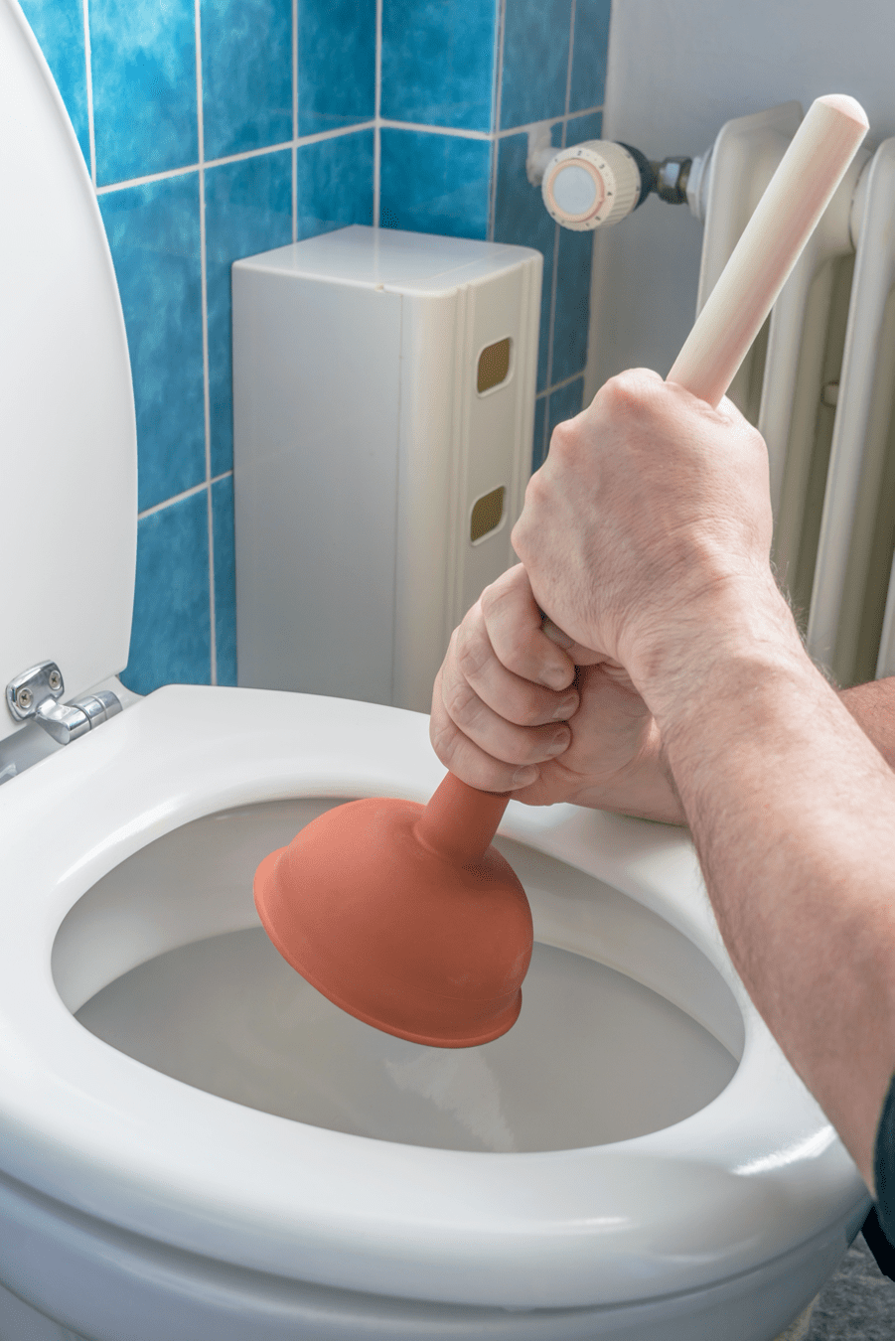 A blocked drain is much easier to deal with than a toilet as you can control how much water is coming in with the taps, there isn’t water constantly sitting inside of it and you have direct access to the drain pipe. If you can see the water in you basin or shower floor is draining slowly, immediately try using a plunger to clear any immediate blockages.

If this still does not work you can then resort to a stronger chemical solution that you can get at any hardware store and most supermarkets. These can be very effective, but as mentioned before they can also be very dangerous and can cause damage to older pipes. When using any of these chemicals be sure to follow all instructions on the bottle as these will tell how much water to use when diluting your mixture.

Make sure to wear gloves and even protective goggles to protect your eyes and parts of your face, this may seem excessive but there are real dangers of the chemicals coming back out and causing severe burns to you or anyone helping you. If you have put chemicals down all the drains in your house and use a plunger in one room to force the blockage down, this can instead force the chemicals in all the other drain pipes to come shooting out. This can lead to chemical burns or accidental ingestion which can be deadly, you should never attempt to force chemicals down a drain with a plunger and should rather use smaller amounts at first to prevent chemicals building up.

When you have an extremely persistent blockage you should always look for the advice or assistance of a plumber cape town who will know the proper steps to take and precautions to put in place to prevent anyone from getting hurt. They will also know not to use excessive force and will know how much pressure your piping system can take and will be able to prevent any bursting. Finally they will have the experience to see if the problem is a local blockage or a full blockage of the septic tank.

Septic tanks are very important as they are where all the water from your toilets, washed dishes and showers go and I think most people agree that these are all things that we would not want to see coming back up. You will know if you have an issue with you septic tank if more than one drain is affected and you can consistently see bubbles and slow flushing through all toilets in a house. If a house has multiple levels, a problem with the septic tank will affect pipes on lower floors first as it moves up to the pipes on the higher floors.

Septic tanks are very complicated and should not be worked on by someone who has not had proper training. If you suspect there is a problem with your septic tank you should always look for a plumber cape town before trying to fix the problem yourself as you may end up making the problem much worse and more costly to repair. A plumber cape town will be able to immediately diagnose the problem and produce an acceptable solution that will keep your pipes clean for much longer.

By Samantha|Feb 4th, 2021|Categories: Blog|Comments Off on Plumber Cape Town: When Your Toilets and Drains Don’t Work